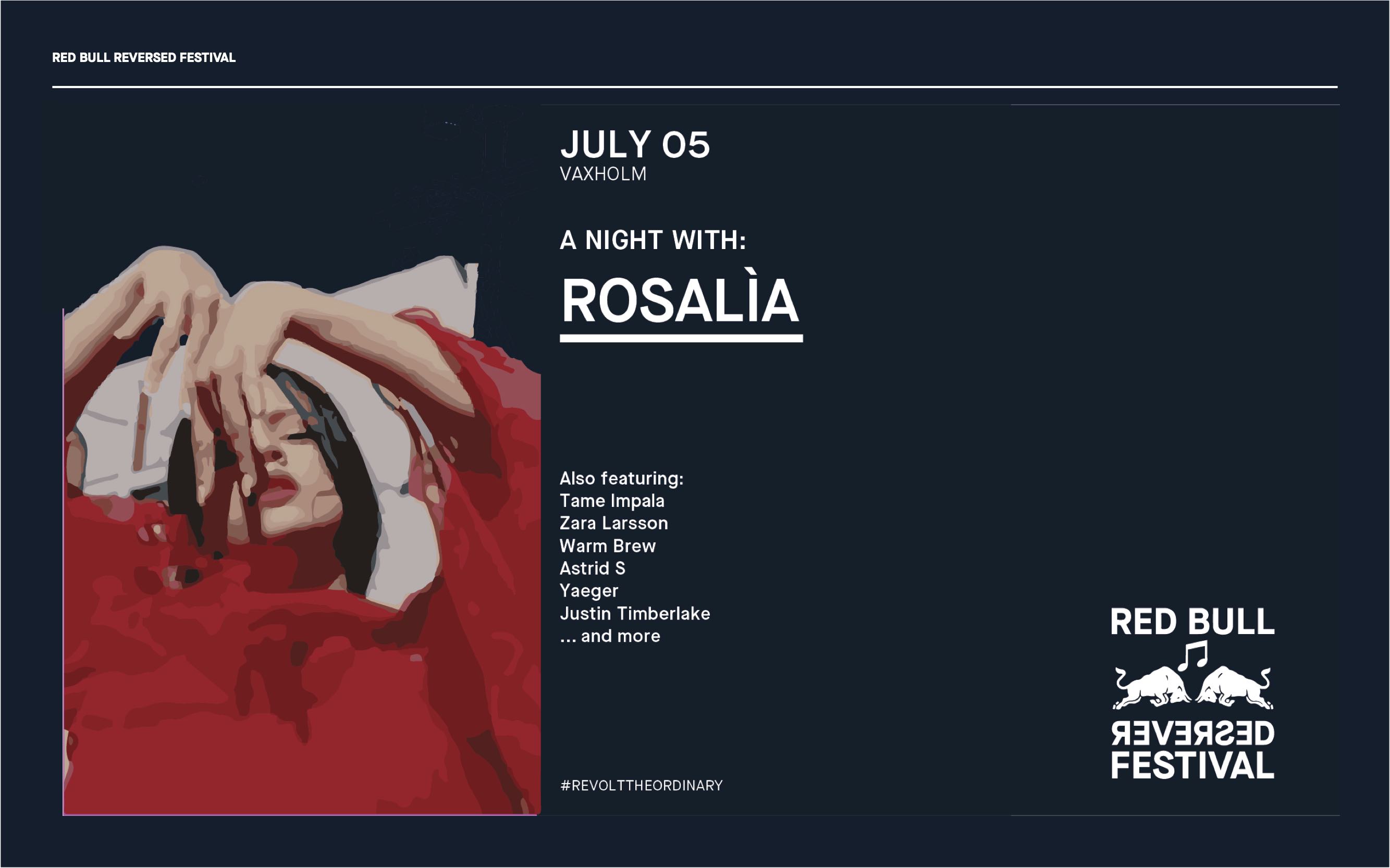 Brief: Brand Red Bull's up-coming festival and its promotion in order to get the target persona involved in Red Bull as a brand in the upcoming festival.'

Solution: Revolt the mainstream music industry structure by highlighting upcoming artists and making their music accessible to people through a reversed festival. 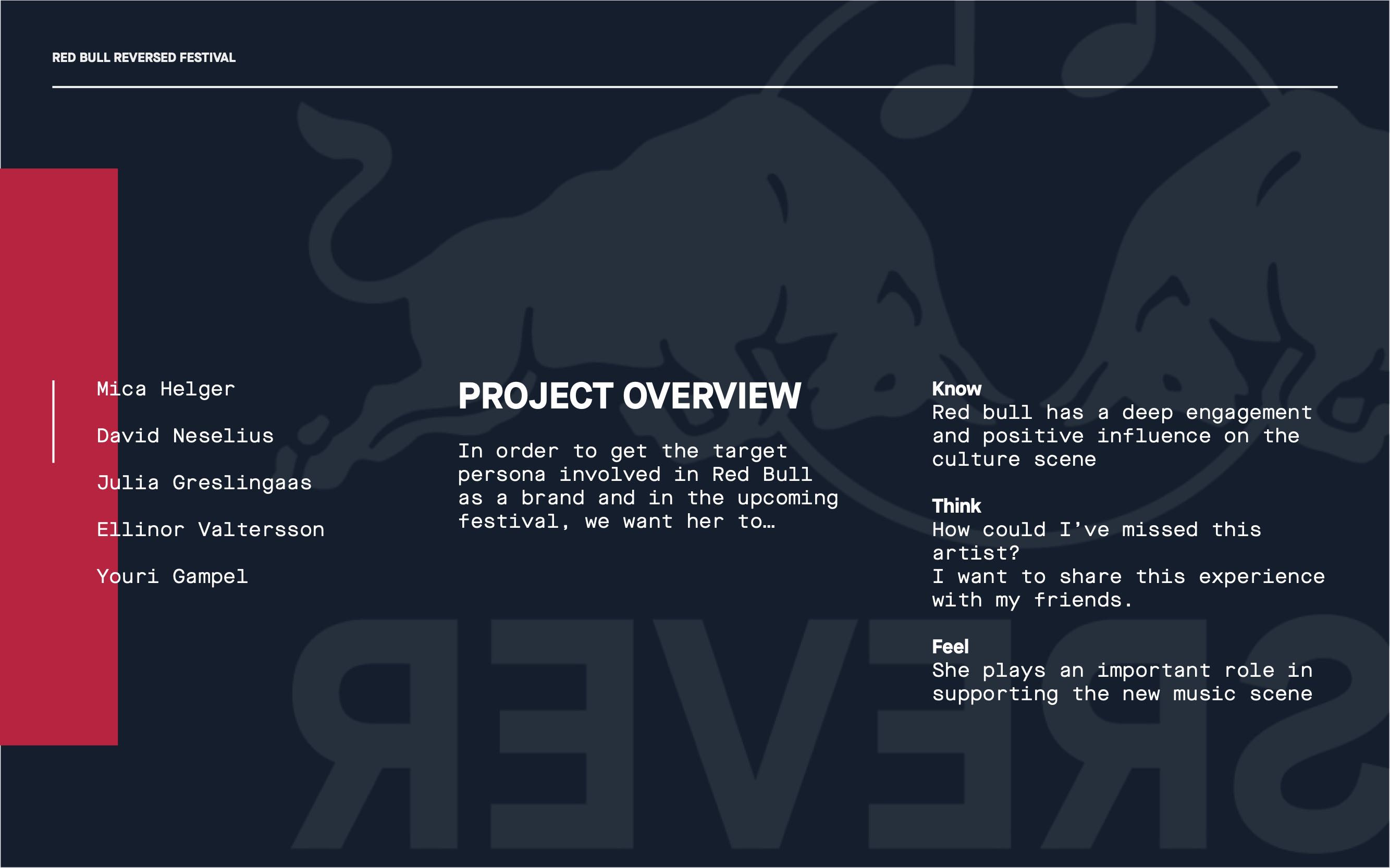 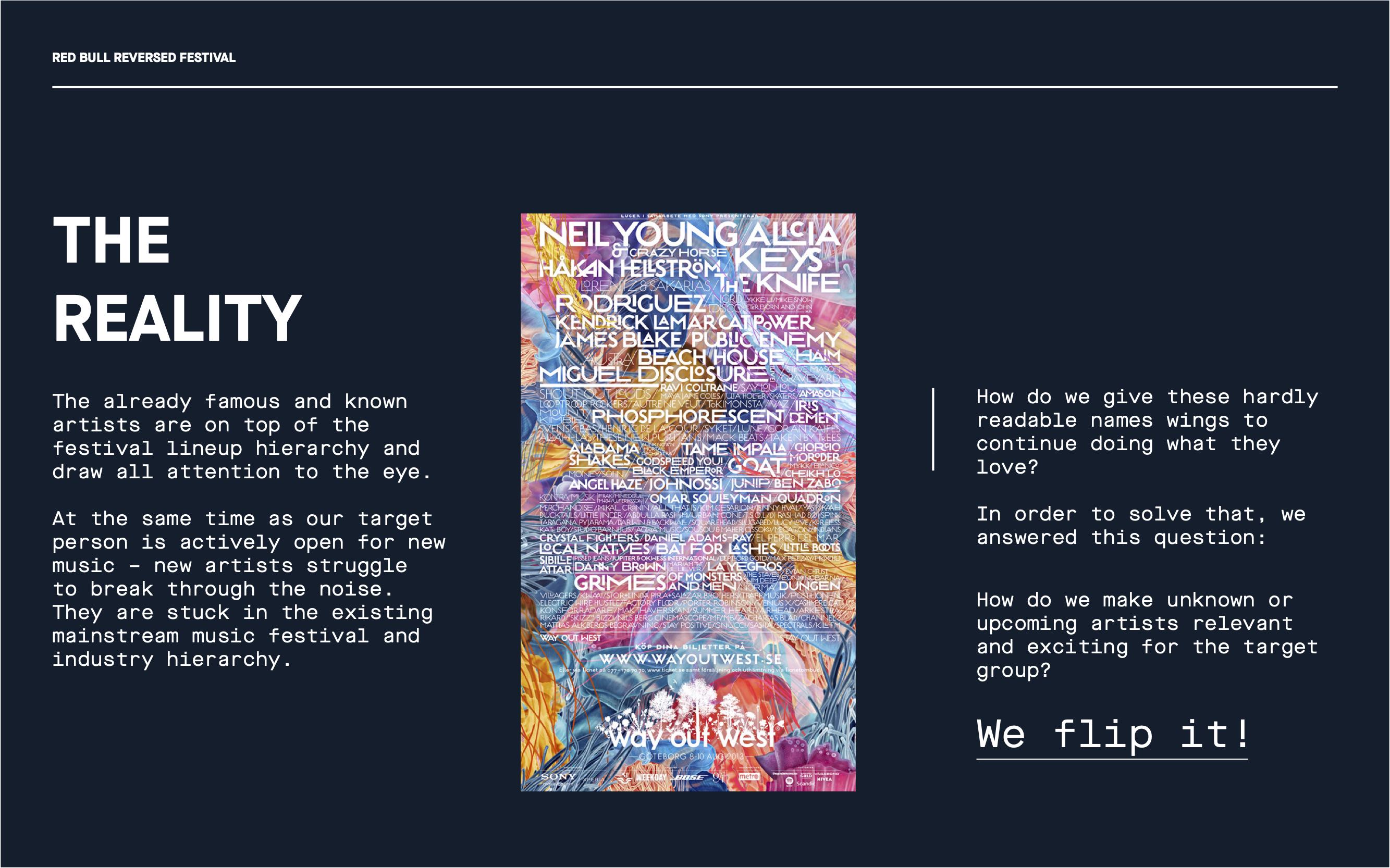 By flipping the lineup of the festival Red Bull is giving upcoming artists the main stage, while offering the audience a new music experience. It’s a win/win situation – Red Bull stays true to its values by giving the new artists wings, and at the same time letting the target audience feel like they are contributing by exploring new artists. 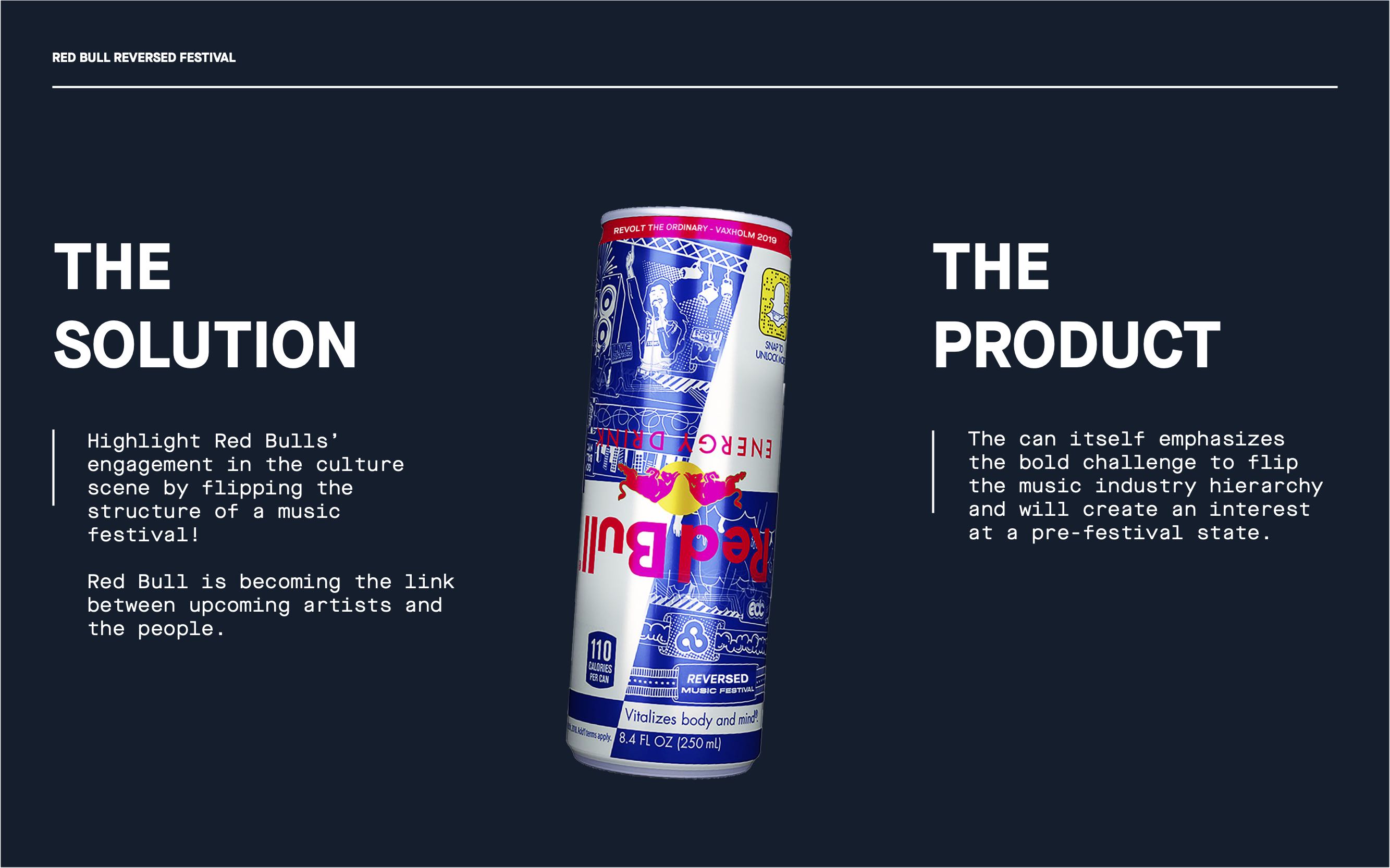 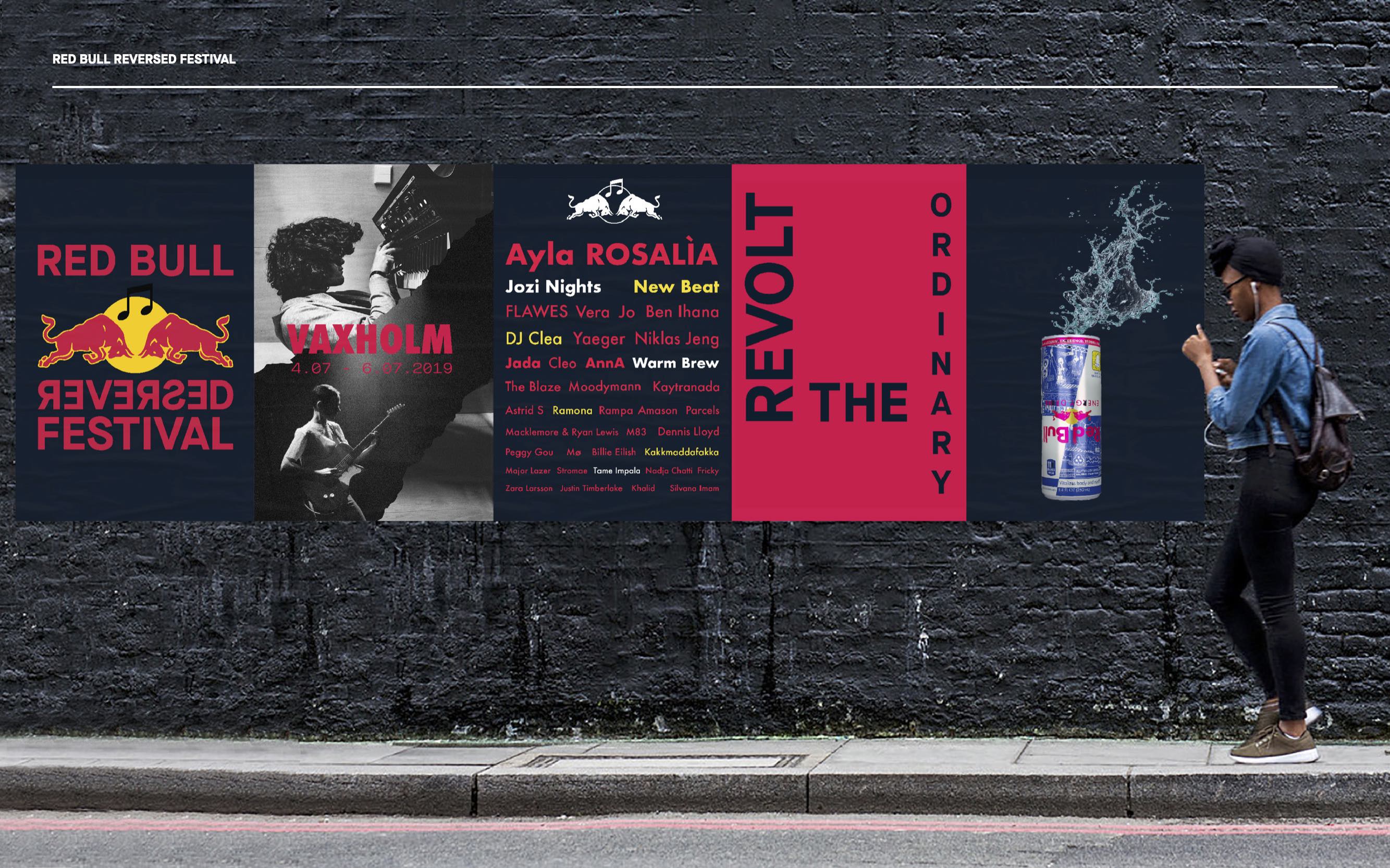 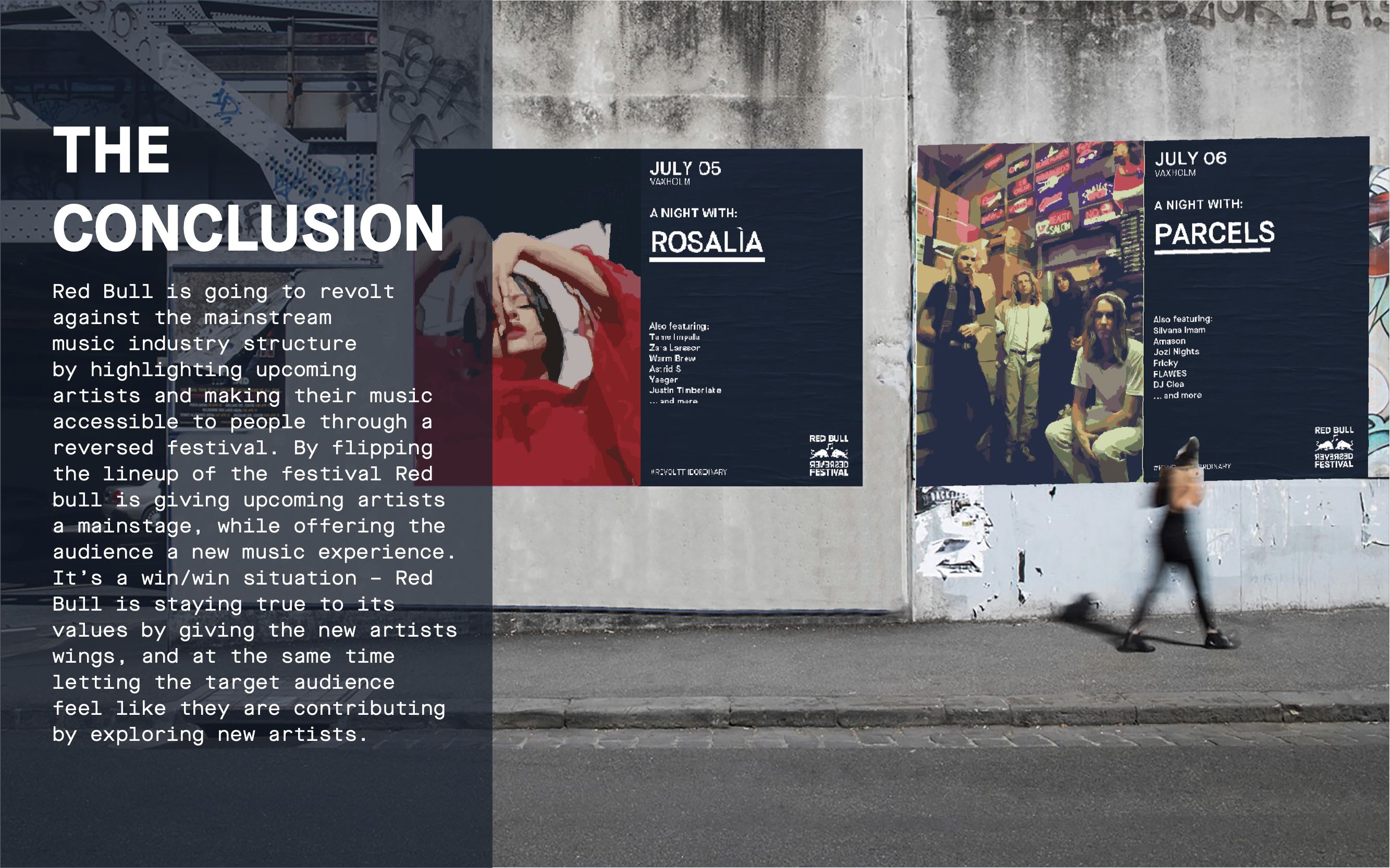